The cryosphere - sea ice, lake ice, river ice, snow cover, permafrost, and glaciers - plays a significant role in the Earth's climate system. With respect to the cryosphere, Canada occupies a unique geographic position on the globe in that much of the planet's northern cryosphere falls within Canada's territorial boundaries. Under the current conditions of rapid climate change over northern high latitudes (Olsen et al., 2011; Vincent et al., 2011), Canada has an obligation to measure, model, and understand the complex relationships between the cryosphere and the Earth's climate system to provide accurate and timely information on cryospheric variability and change to the public and decision makers.

In meeting this obligation, the wealth of knowledge and data generated through polar research must be managed to ensure exchange and maximize accessibility of relevant data, especially from publicly-funded activities, and to leave a lasting legacy (Parsons et al., 2011; Pulsifer et al., 2013). The Canadian Cryospheric Information Network (CCIN) was developed in the mid-1990's to fulfill this need. Created through a collaborative partnership between departments of the Canadian Government (the Canadian Space Agency, Environment and Climate Change Canada, and Natural Resources Canada), Dr. Ellsworth LeDrew at the University of Waterloo, and the private sector (Noetix Research Inc. of Ottawa, Ontario), the main objectives of CCIN have been as follows: 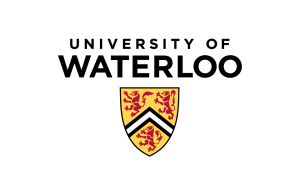 During its first decade, CCIN received, archived, and served online datasets that were collected and developed by cryospheric scientists associated with CRYSYS (CRYosphere SYStem in Canada) and other research programs in Canada. Since the late 1990’s, CCIN has maintained this cryospheric outreach and education website for the public. Popular features include snow water equivalent (SWE) maps for the Canadian Prairies, kids games, photographs and videos, an “Ask an Expert” service, links to newsletters and publications, and interactive visualizations of SWE and lake ice data that have been developed in partnership with the Global Cryosphere Watch of the World Meteorological Organization. Development of this website is guided by a Science Advisory Council composed of experts in cryospheric research and data management who provide scientific content for the site. Security and safety of the data and metadata are assured through on-site duplication and off-site backup copies, including redundant archives in off-campus locations in Waterloo, Toronto, Ottawa, and Edmonton. Figure 1 below shows the CCIN infrastructure, including the virtualized development, testing, production, and disaster recovery environments.

To develop a more sophisticated online presence and database to serve the data management needs of ArcticNet scientists, the Polar Data Catalogue was established to facilitate the exchange of information among researchers and other user groups, including northern communities, international programs, and the interested public. Visit About the PDC to learn more.

CCIN and the Polar Data Catalogue are proud to be Regular Members of the International Council of Science (ICSU) World Data System (WDS). To learn more visit the WDS homepage.

In 2014, an energy audit was conducted on the CCIN computer infrastructure to determine the total instantaneous power draw. With all systems active and running under average load, the total draw is approximately 3000W. This translates to just over 1700 kW-hours/month of energy consumption, based on maximum usage of the office hardware. For perspective, the CCIN instantaneous power draw is equivalent to approximately thirty 100W light bulbs and, according to Statistics Canada, is less than that of a typical Canadian household (StatsCan, 2007).

CCIN is proud to announce that Bullfrog Power is now greening our operations. Bullfrog Power, Canada’s leading green energy provider, offers renewable energy solutions that enable homes and businesses to reduce their environmental impact, support the development of green energy projects in Canada, and help create a cleaner, healthier world. As a Certified B Corporation, Bullfrog Power meets high standards of social and environmental performance, transparency, and accountability. CCIN is joining thousands of Canadian homes and businesses doing their part to address climate change and air pollution by switching to green energy.

Acknowledgements
This project was undertaken with the financial support of the Government of Canada.
Ce projet a été réalisé avec l'appui financier du gouvernement du Canada.