Glaciers, situated at high altitudes on hill-slope environments, currently cover 10% of the Earth’s land surface, and a small portion of western and Arctic Canada (Figure 1). The vast majority of the global coverage occurs over Antarctic (Figure 2), followed by Greenland. Glaciers are an important source of freshwater within the Earth’s hydrological cycle. The total pure freshwater contained in glaciers makes up to 75% of the total resource on the planet. This water is utilized for industry, agriculture, residential living and ecological uses. However, seasonal melt flux can be hazardous when situated near inhabited areas. If all the Earth’s glaciers melted, the sea level would rise as much as 65 meters (Zemp & van Woerden, 2008). 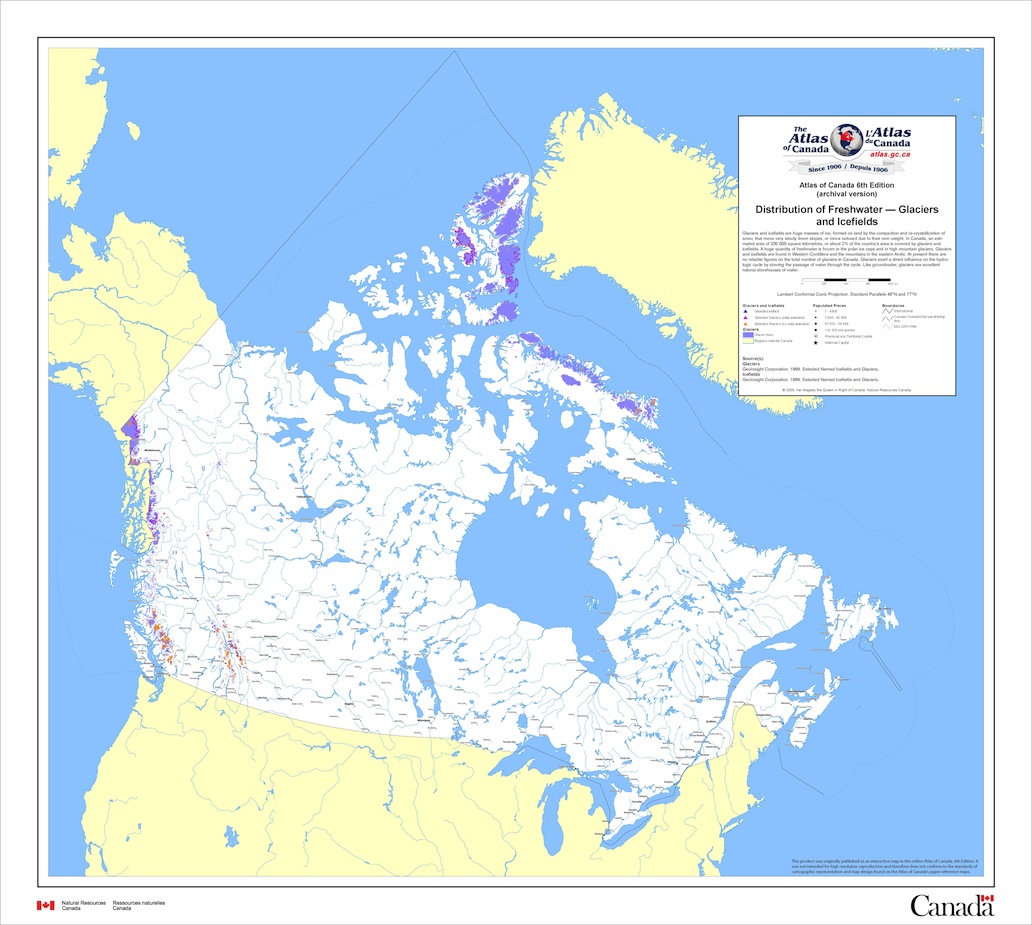 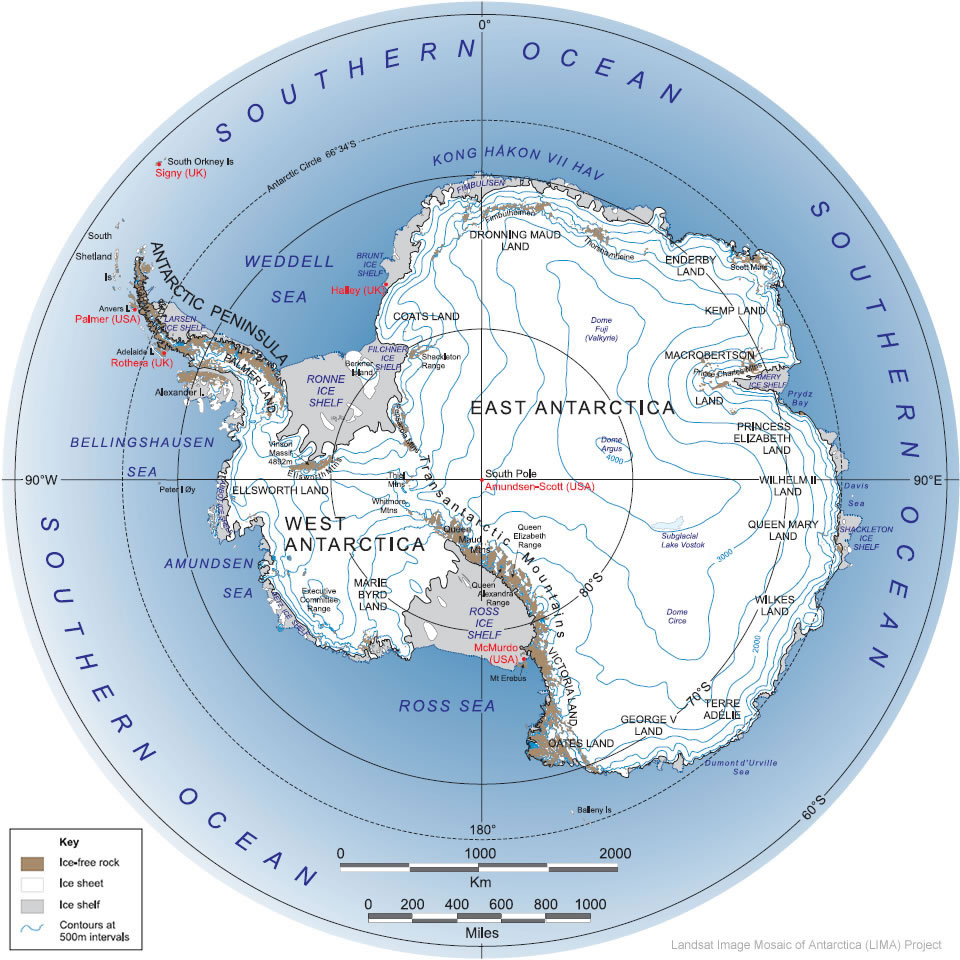 The generation of glacial ice requires cool temperatures (below freezing) at high altitudes with frequent precipitation. The structure of glacial ice is a function of these parameters as well as topography, atmospheric patterns, seasonality and incoming solar radiation. The combination of these factors influence the type of glacier present in a particular area. Generally, glaciers occur in two environments: (1) Humid-Maritime and (2) Dry-Continental, as described below.

Dry-Continental Glaciers (Figure 4) occur in continental interior areas, with dry atmospheric conditions and little maritime influence. The equilibrium line (See Glacier Formation section) between melt and accumulation processes is much higher (altitude) than in maritime glaciers. Temperatures are generally cooler, with shorter duration of melt seasons. Melting of bottom lobe is of low magnitude in comparison with Maritime Glaciers and accumulation of new snow occurs throughout the year. Moreover, Dry-Continental Glaciers have low mass turnover rates, since accumulation and melt activities occur slowly. Melt products have less influence on surrounding land, since they are of low magnitude. Consequently, a higher amount of permafrost is located in Dry-Continental Glacier regions. These glacier types are often seen in Antarctica, Arctic Canada, Russia, Asia and some regions of the Andes (Zemp & van Woerden, 2008).